We’ve heard it a million times already, but the holiday’s are looking a little different this year. There’s less traveling, fewer family gatherings, and annual turkey trots were few and far between.

Where I grew up in Connecticut, the Manchester Road Race is the big Thanksgiving day race. The race is a pretty big deal even if you’re not from the area, considering it draws a crowd of competitive runners from around the world. Still, having grown up just 30 minutes from the race, it was the Thanksgiving day race.

I’ve never actually run the Manchester Road Race. I was always aware of it growing up, but my family wasn’t one of the groups decked out in costumes and trotting through Manchester on Thanksgiving morning. As I’ve gotten more into running over the past few years, I’ve added the Manchester Road Race to my running bucket list. The idea of spending my Thanksgiving morning racing my way down the 4.75 mile course alongside (or, more likely, behind) some serious competitive runners has a real appeal to me.

That race wasn’t an option this year though. Like most big road races, the Manchester Road Race went virtual, which isn’t quite the same.

While I’ve never done a big race on Thanksgiving, I have run in a neighborhood Turkey Trot a few times. The unofficial official title was “The Hungry Road Road Race.” A few families living on a street called, you guessed it, “Hungry Road” gathered their fellow running friends for a few loops around the block. It was a solid 3.1 mile loop – one lap for a 5k and two for 10k. The hosting family always had homemade pies and hot apple cider ready in their drive way at the finish.

We joined the “race” for a few years when I was in college. It was no Manchester Road Race, but it was fun to get in a few miles with some friendly faces, and have an excuse to eat pie before noon. It was really the perfect small town event, and I’ll never forget running the 10k with my high school physics teacher one year.

After I moved to San Francisco in 2017, I stopped coming home for Thanksgiving. Without my persistent energy to motivate my family to get out and moving at the crack of dawn on Turkey day, we stopped going to the exclusive Hungry Road Road Race. I’m sure we could reach out and see if they still do it, but, given the current situation this year, I had a better idea for a neighborhood Turkey Trot that wouldn’t require expanding our social circle.

My sister, Marilé, had taken up running over the summer and was starting to build strength and speed just as I’d done when I started running in high school. On the other hand, my brother, Peter, has run since middle school. Actually, he was top 20 (maybe top 10?) in the state for cross country in the eighth grade. He stopped running competitively to play soccer in high school, but the kid has always been fast.

When I first started running, I was motivated by my brother’s prowess and our good family friends, Kevin and Samantha, who were always naturally athletic. Kevin was a self-proclaimed track star in high school, and Samantha played Lacrosse in college. I remember the summer I started running, the four of us went for a run together and I could barely keep up. I think Kevin and Samantha were kind enough to stay back with me as I struggled through the two mile loop, but my speed demon brother definitely left me in the dust.

The first picture is me & Samantha after I ran my first 10k. We both won our age group that day! The second is Peter in his eighth grade state meet, he’s the one in the maroon “Granby” uniform.

Now, nearly ten years later, we all still run. I’ve gotten faster, Peter has probably slowed down a bit, and Marilé runs now too! That makes five of us, a solid crew for a makeshift Thanksgiving Day turkey trot.

I mapped out a course for a 5k around our town park. The route started in the center of town, about a half mile from the entrance to the park. The course followed the sidewalk down into the park, and then two loops around the parking lots in the park. Since we followed the parking lots to stay on pavement, rather than doing a full loop around the grounds of the park, our course wound up resembling a fallopian tube, as Kevin, a pre-med student, so thoughtfully pointed out.

I proposed my idea for the mini-race and everyone, more or less, agreed it was a great idea. My brother likes to complain, so there would be no pleasing him, but he’s competitive and agreed to run for the chance to beat Kevin. I figured it was the perfect Turkey trot idea – a semi-competitive environment, the camaraderie of running, and the chance to get in a solid run before filling our bellies with pie. Plus, selfishly, I wanted the chance to run a 5k with people who would push me to run faster. I wanted the chance to break my 5k PR.

Let me give a disclaimer, my 5k times are nothing to write home about. I’ve never been a particularly fast runner. Still, I’ve come a long way from that summer I first started running and I’m really proud of how much faster I’ve gotten since then. This was a chance for me to show off to my friends and family, and to prove to myself that I’m capable of running so much faster than I ever thought possible.

I woke up Thanksgiving morning to the sound of rain beating down on the roof. It was pouring. I’d told our Turkey Trotting crew that the run was on, rain or shine, but I checked my phone to see if anyone had bailed yet.

I checked the weather and saw that it was supposed to let up around 10, which I hoped would be perfect since we all planned on meeting at the park at 9:30.

9:15 rolled around and it was still raining. My brother was whining that he didn’t have anything to wear for the rain, but I told him to grab a hat and he’d be fine. I was optimistic that it would let up.

I got to the park a little early to I could jog a few warm up laps, though there was really no way to get warm in this weather. The good sports that they were, Kevin and Samantha were already there, huddled up in their car with a good old Cup O’ Joe from Dunkin’ in the back seat.

My siblings arrived a few minutes after I finished my warm up laps. I tried to convince Kevin to jog a lap with me, but he opted to stay in the warmth of the car, which might have been the better choice. My shoes were already soaked through from jogging through the puddles.

Peter refused to get out of the car until we started running, so I went over the route with everyone while he stayed in the driver’s seat of my mom’s CRV and everyone else huddled around him in the cold. What a princess.

Everyone nodded, though Marilé looked a little confused. “Just follow everyone else, you’ll be fine.”

Peter finally sucked it up and got out of the car, and we jogged up to the start together. We were all pretty soaked before we even started the “race.” All eager to get it over with, we only stopped for a minute at the start line before setting off the imaginary starting gun.

Peter and Kevin took the front and I stayed close behind. Not too close, but closer than I think they liked.

The first mile was easy, it was mostly downhill into the park. Even the second mile wasn’t too bad. Sure I was cold, but the frozen feeling in my extremities prevented me from feeling how tired I was. Actually, the cold was exhilarating.

With about a half mile to go I started really feeling it. My arms were burning even though I was only running; every muscle in my body was working towards my goal and I could feel it. But I was still not too far behind Kevin and Peter and I didn’t want to slip away. There was no way I could catch them, but I could at least prevent the gap from getting any bigger. Once I rounded the corner on the second lap around the big parking lot I could feel the finish within my reach. I pushed into that final gear as I darted through the puddles and towards the entrance to the park; the finish. I finished less than a minute behind Peter and Kevin, with a cool time of 20:38. A new 5k PR.

I looked up to Peter and Kevin. We were all drenched, but Kevin gave me a hug. “That was awesome.” It was miserable, but it was awesome.

We cheered on Samantha and Marilé as they crossed the finish too. There were smiles and high fives, and a rush to get out of the rain.

Unlike my companions, I was dancing in the rain. The runners high swept me up and I opted to run another cool down lap in the rain while the rest of the crew went back to dry off and indulge in the coffee and donuts we’d brought as our reward.

I caught up with everyone a few minutes later, even more drenched than I was when they left. We all changed into dry clothes to wear while we enjoyed the coffee, donuts, and time to catch up with our friends.

There was something special about curing up on the couch with hot coffee as we recounted how miserable the run was, but how grateful we were to have done it. We were grateful to be able to run with our friends, enjoy donuts and coffee, and catch up on the latest in each others lives.

I have no idea what the next year will bring, but I hope there is a 2nd annual race. Or maybe I’ll get to finally the Manchester Road Race. Who knows what surprises 2021 will have in store for us.

Love is a ruthless game
Sweaty Girl Summer™️
It was the end of a decade, 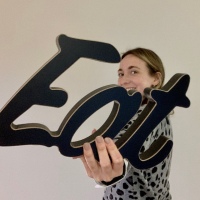 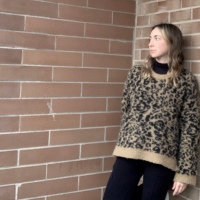 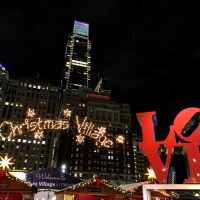 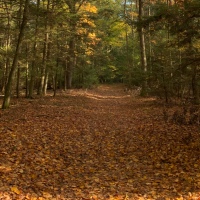